Home / Our Latest / When Your Gas Leak Goes Undetected

When Your Gas Leak Goes Undetected 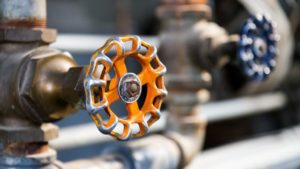 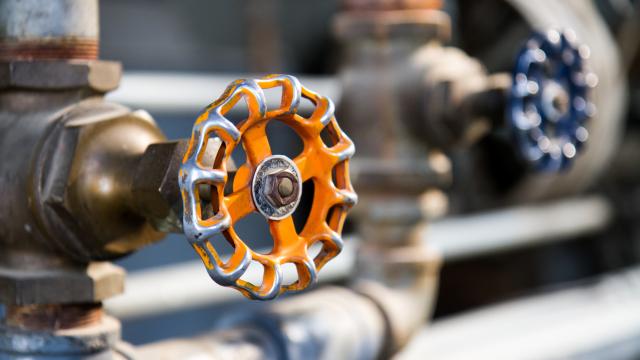 If you’re operating in an environment where you deal with hazardous gases and materials on a regular basis – say, on an oil and gas rig, in a mine, in a power, chemical, or semiconductor plant, you know how serious a situation can become when a gas leak goes undetected. You might contaminate the environment, workers might become ill, or even worse, someone might lose their life.

However, reliable detection technologies are not only a necessity in these industries, they are also vital in places you might not have considered – like in food and beverage manufacturing, in the air travel and pharmaceuticals industries and even in oceanography.

Gas detection systems have feelings, too.

Along with the Industrial Revolution came the need to mine for fossil fuels. But miners soon realized the importance of detecting deadly methane gas. One of the earliest and most rudimentary detection methods was the canary. Miners used canaries because they have an extremely loud chirp and because the nervous system that controls their breathing closely resembles that of humans. So, at the start of each shift, miners would carry a bird in its cage into the mine. It was said that when a canary was about to die, it would start to shake its cage, which was a clear sign to miners to make a quick exit. If the canary was silent, the miners exited even faster because they knew something had caused the canary’s death.

These days, though leak detections systems still rely on the senses to detect gas issues – they rely on more than only one of the senses. Modern systems incorporate a triad of senses – physical sensing, sound and sight. For example, facility managers, engineers and technicians employ catalytic bead detectors to “sniff” gases. They use infrared and optical sensors to “see” gases and they install ultrasonic sensors that can “hear” if gases are present.

But, as processes continue to become more automated, detecting leaks becomes that much more critical. Here are some ways leak detection is critical in a variety of industries:

Food and beverage manufacturers rely on the use of laser sensors to detect gas leaking from packages and bottles. In many instances, manufacturers infuse nitrogen into food packages, displacing oxygen and locking out moisture to prevent the growth of bacteria. If gases are found to be leaking from packages on a production line, manufacturers will want to know, as it means their products will likely spoil faster and have a shorter shelf life. That’s why many incorporate real-time gas detection systems directly into production lines.

Because it’s essential for pharmaceutical companies to guarantee not only the shelf life of their product but also the efficacy of the product’s active ingredients, many rely on the use of trace gas detection methods to detect pinholes or cracks in packaging.

Although many water treatment plants have switched to ultraviolet or other disinfection methods, some plants still depend on chlorine to disinfect water. In addition to being a severe respiratory irritant, chlorine has the potential for violent or explosive reactions when combined with certain substances, like ammonia. That’s why it’s necessary to actively sample and monitor gas concentration levels in water treatment plants in towns across the country.

In all of these instances, failure to properly detect the gas or control product quality can be a catastrophe. What’s worse, in some cases, poor porous component design or incorrect material choice may actually lead to absorption of the analyte itself! Every day, Mott engineers work to overcome these challenges in designing leak detection components.

Show me the money data!

It’s the age of Amazon; fast delivery is expected. And, the same holds true of most modern-day detection applications in which engineers and scientists analyze samples directly onsite and process results instantaneously, whenever possible. To do so, they need scaled-down, hand-held sampling instruments that can accomplish the task.

Take environmental water testing, as an example. Since water weighs roughly eight pounds per gallon, these environmental tests are carried out most efficiently in the field because transporting large volumes of water from the test site to the lab is costly and cumbersome. What’s more, when transporting samples, analysts must ensure they are not compromised as a result of temperature or chemical changes. Field testing effectively eliminates these issues.

Or, for perhaps a more familiar portable example, take airport security personnel who can detect microscopic traces of explosives or narcotics by swiping a wand across passenger baggage. Agents then quickly see results by separating sample molecules using a gas chromatograph. On a related note, because crowded, high-traffic airports and airplanes have been cited as hubs for respiratory disease transmission, federal health and safety personnel are employing bioaerosol surveillance techniques as a noninvasive way to monitor and detect fast-moving respiratory viruses. Whoa!

Scaling down existing technology presents a host of new challenges that often rely on microfluidic chip-based technologies and fluidic paths to create the detection system. Designing the filtration and flow components for reliable operation of the instrument at this scale means even the smallest of errors can have dramatic performance effects. At Mott we’re used to dealing with tight tolerances and strict repeatability quality parameters.

Under the sea…where life is struggling to survive.

To study these effects, over the last 20 years, scientists have deployed more than 4,000 data-collecting and transmitting devices in the ocean that monitor temperature, acidity, nitrate and oxygen levels. These devices are completely autonomous and, once launched, float untouched by human hands, for up to 5 years. They are an integral part of the development and validation of scientific climate models and provide important insights into global warming trends. But one can imagine how important it is to ensure these sensors remain unclogged and continue to collect data even in the most extreme oceanic conditions. Highly accurate data is critical to helping scientists and the world make informed choices to protect the environment for many generations to come.

Bring us your gas detection and sensor challenges.

Longstanding customers and newcomers alike rely on our state-of-the-art Customer Innovation Center to help support them in the development of new solutions and to enable them to resolve issues early in the design phase.

What’s more, our patent-pending 3D printing capabilities enable us to custom print porous components in virtually any configuration. We have even designed parts that have both porous and solid components working in tandem.

If it’s a gas detection challenge you’re facing, our engineers are eager to help. Contact us today.

Contact
Get A Quote
Ask An Engineer
Customer Service