Home / Our Latest / It’s Not Rocket Science, Except When It Is

It’s Not Rocket Science, Except When It Is 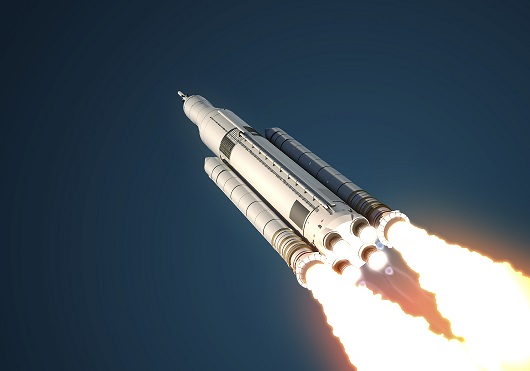 In testing instrumentation for a next-gen spacecraft project, a propulsion engineer found a design issue that would have disrupted data received from the spacecraft after launch. In this scenario, a regular orifice restrictor was being used to flow nitrogen through the instrumentation in order to purge unwanted gases. Sounds simple, right? But there’s one major problem. When gas flows through a small orifice at supersonic speeds, it creates noise levels that vibrate sensitive equipment. And when this equipment becomes inaccessible, such as when hurdling through space, you can expect poor data collection from parts affected by strong vibrations.

Fortunately, the company discovered a Mott porous metal flow restrictor was being used in a subassembly of the same spacecraft. Running gas through the porous metal restrictor greatly decreases the vibrations created from supersonic flow, allowing critical parts to function properly under extreme conditions. Porous metal maintains even distribution of flow by passing it through multiple pores uniformly over the entire surface.  Because there is no acceleration of gases, there is no noise created by the flow control process. 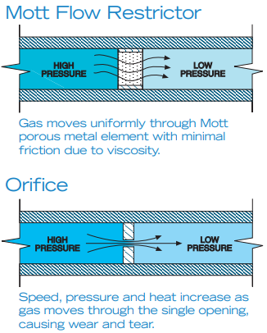 Mott was able to provide a completely customized solution to this issue, by calibrating the restrictors to their specified gas and flow rate. Without the advantages of a precision flow restrictor tailored to their application, the company would have experienced significant difficulties after launch.